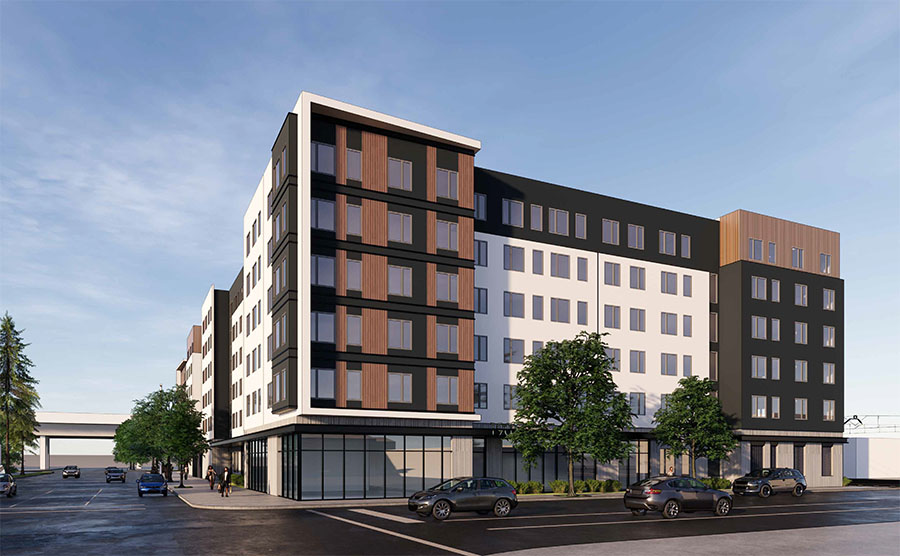 SACRAMENTO, CA – Sacramento’s housing crisis is exacerbated by a severe lack of affordable options. A report this week by Sacramento appraiser and real estate expert Ryan Lundquist showed that just 39% of households in Sacramento County can afford the median-priced home. That’s about the lowest that figure has been in more than a decade as the median price for a home sold in the county hit $522,031 in January, according to Lundquist’s analysis. Sacramento is far behind in providing enough housing for low- and moderate-income earners; by some measures, the gap is thousands of affordable units. Still, there are small victories on the horizon.

Major affordable housing developments near Sacramento’s urban core received financial boosts in recent weeks. Together, the projects will add hundreds of housing units for low-income earners. “The challenge to build the 16,700 units of affordable housing that Sacramento needs in the next 10 years to house low-income residents may seem impossible to achieve,” said La Shelle Dozier, the executive director of the Sacramento Housing and Redevelopment Agency, “but we can’t afford the alternative.”

In a market seeing historic home price increases, adding affordable housing means homes for service workers and young families who are vital to the economy. “In order to support the retail and grocery stores, the restaurants and hair salons, you have to have a diversity of housing,” said Katy Jacobson, the economic development and housing director for the city of West Sacramento, where dozens of units of affordable housing are planned or being constructed within a short bike ride of the state Capitol. Here’s a rundown of a handful of affordable housing projects seeing progress near the region’s urban core.

The West Gateway Phase 2 project was awarded $22.7 million recently from the California Housing Accelerator, a $1.75 billion program that provides what is called “bridge funding” to projects that are nearly ready to begin construction but have funding gaps.

West Gateway is located on Delta Lane, a small side street just to the west of Sutter Health Park. Phase 2 will have 60 affordable units; a first phase with 76 affordable units was finished about five years ago. Jacobson said city staff will seek a final $3.5 million from the City Council in the weeks ahead and that the project should be under construction this year.

The On Broadway apartment complex is among the most significant new projects proposed for the Broadway corridor in Sacramento. The development, with 140 affordable units, received $29 million last month from the California Strategic Growth Council’s Affordable Housing and Sustainable Communities program. EAH Housing, which is developing the project, still has a ways to go to fully finance the $78 million project and plans to apply for federal low-income tax credits this year. But the state grant “fills a big gap for us,” said Welton Jordan, the chief real estate development officer at Marin-based EAH.

If EAH receives the funding it’s seeking, construction would begin early next year, Jordan said. On Broadway will replace a long-vacant office building at the corner of 19th Street and Broadway. Of the 140 residential units, Jordan said 25% would be set aside for formerly homeless residents. The building will be across Broadway from a light rail station. “We saw a great opportunity there to provide affordable housing,” Jordan said. “Its location with the surrounding amenities and being adjacent to light rail, we felt like it would be a good space for families.”

This is likely the most significant affordable housing complex in the region. Once known as the Twin Rivers development, the $300 million Mirasol Village is replacing an outdated public housing complex on several blocks along North 12th Street and Richards Boulevard in the Dos Rios Triangle north of downtown Sacramento. When it’s finished, it will have 487 mixed-income housing units, a pool, playgrounds, a city park and a community garden. The project received a $20 million award from the California Housing Accelerator program in October. And earlier this month, SHRA submitted permit applications with the city of Sacramento to build what is called Block D of the new neighborhood — 116 residential units and an early childhood education center for students between the ages of 1 and 4. SHRA officials said construction is expected to begin on the phase by the end of the year. Two other phases of the neighborhood totaling 227 units are under construction and will be finished by September.